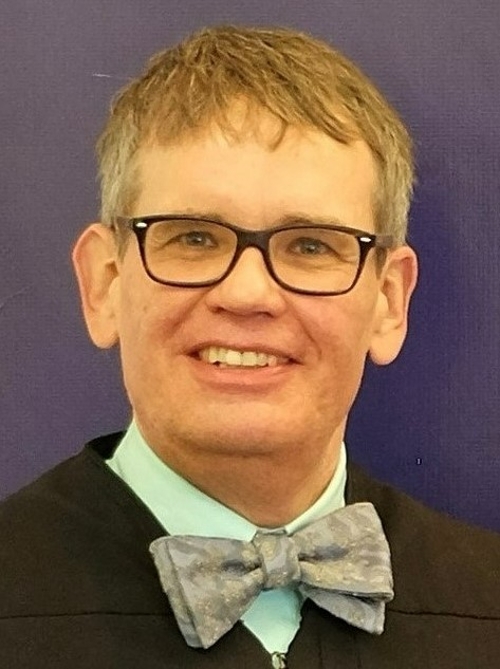 Hon. N. William Delker is an associate justice for the New Hampshire Superior Court.  He was appointed in August 2011.  In July 2014, Chief Judge Tina Nadeau designated Judge Delker as the Supervisory Judge for Rockingham County Superior Court where he had been sitting since his appointment.  In December 2019, Judge Delker transferred to the Hillsborough Superior Court-North in Manchester to fill a vacancy in that courthouse.  Judge Delker has been a member of the superior court law clerk hiring committee since 2014.  He also is a member of the Commission for the Lawyers Assistance Program, the N.H. Judicial Conduct Committee, and the N.H. Supreme Court Advisory Committee on Rules.  He has actively been involved in civics education through the annual Law Day program, civics classes visiting the courthouse, and a program on constitutional law he helped develop in conjunction with the Exeter High School and the American Independence Museum.  He has been an adjunct professor at New England Law-Boston, University of New Hampshire School of Law, and Massachusetts School of Law.
Prior to joining the bench, Judge Delker was a senior assistant attorney general in the NH Attorney General's Office, where he worked as a prosecutor for 13 years.  While at the Attorney General's Office, Judge Delker prosecuted many high-profile homicide cases, including the capital murder case against Michael Addison.  He founded the NH Cold Case Unit, prosecuted white collar and public integrity crimes, and worked in the appellate unit. He also served as bureau chief of the Criminal Justice Bureau.  Prior to joining the Attorney General's Office, Judge Delker was an associate at Testa, Hurwitz & Thibeault in Boston and a law clerk for NH Supreme Court Justice Sherman Horton.  Judge Delker earned his J.D. summa cum laude from American University's Washington College of Law and his undergraduate degree summa cum laude from the University of Massachusetts at Amherst.